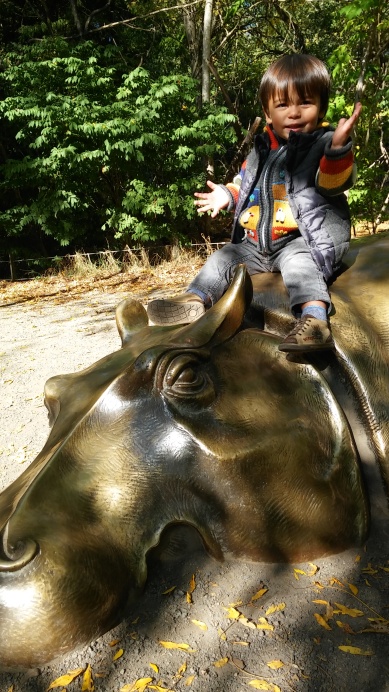 Most people would assume a zoo is a zoo is a zoo the world over, but having visited a handful of them from Seattle to Dublin, I can tell you that that is simply not the case.  Zoos can be as varied as the animals within their walls.

Founded in 1899 with elk, bears, deer and ostriches as its main attractions, the Woodland Park Zoo has evolved into a meneragie of animals with over 1 million visitors a year.   The first zoo in Seattle was a small collection of animals owned by the Lake Washington Cable Railway who gifted the beasts to the city after the Woodland Park property was bought from local lumber barron Guy Phinney.  Building onto the traditional English style park layout of the Phinney estate, the Woodland Park Zoo occupied the upper level of the property while Lower Woodland was left as undeveloped woods until Aurora Avenue was built in 1933 dividing the property indefinitely. 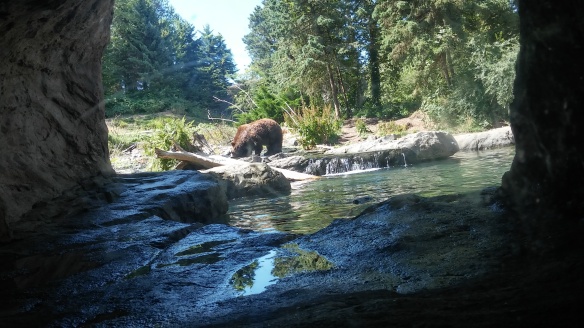 Over the years as the exhibits and the animals have evolved, the zoo has gravitated toward an ecological and naturalistic approach with exhibits reflecting the animals’ natural environment as much as possible.  Known as a world-class zoo, Woodland Park provides not only an informative & educational day out but also packs in lots of extra fun for the littles.  There’s a natural habitat themed playground complete with a giant spider’s web and an iron bird’s nest.  For those inevitable PNW rainy days,  there is also the indoor Zoomazium with a two-story treehouse and a toddler play area.

We sprung for an annual membership which pretty much pays for itself in 3 visits or less and it allows us the freedom to spend all day looking at snakes and bugs should we so desire without the pressure of trying to see everything in one day.  London and I literally spent an entire hour once watching a Komodo dragon grub down on his macerated lunch and aside from watching chunks of flesh being chomped between giant reptile jaws; it was quite relaxing because there was no where else we needed to be at that moment and we just sat there & enjoyed it. 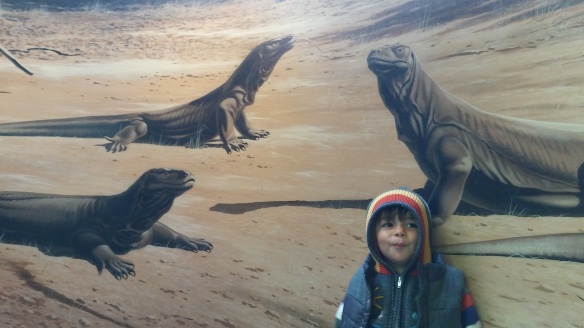 So if you’ve been putting it off, make a plan this year to go to the Woodland Park Zoo.  Fostering an awe of nature and animal admiration can never start early enough in my opinion.  For us, yearly visits to the zoo help me to teach my boys that it is a big ‘ol world out there, full of all sorts of amazing creatures and that it is up to us to keep it that way and anything that helps me simultaneously teach them this vital lesson & keeps them entertained, that’s a win in my book. 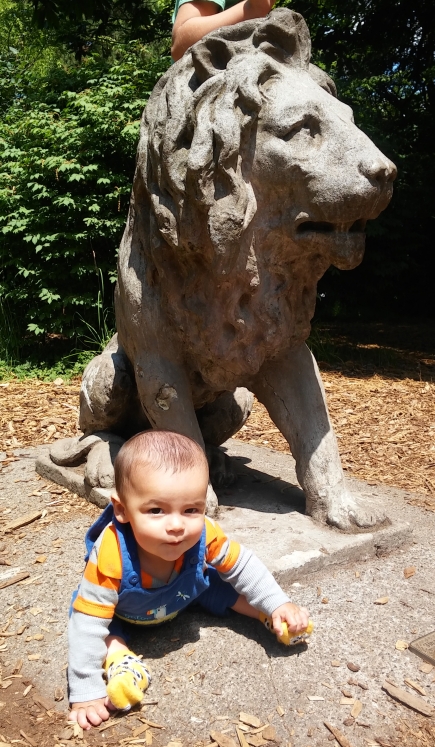