There was a brief time in my childhood where I was obsessed with the Kevin Costner Robinhood movie.  Actually obsessed might be putting it mildly; I literally watched it everyday, even if it was only for five minutes.  Sometimes it took me days to get thru the movie and my poor mother probably rued the day that that VHS ever made it into our house.  My cinematic choices aside, Robinhood was the ultimate badass.  He lived off the land, had a band of loyal friends and stuck it to the Man everyday.  He was the superhero I wanted to be. 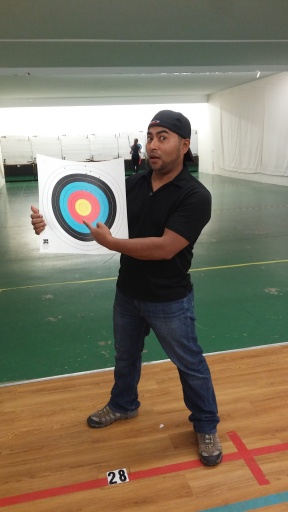 His weapon of choice was of course the arrow, a sleek & slender apparatus which brought swift, whistling repercussions to those who crossed him.  Wielding a bow & arrow was sexy, skillful, wild & brave and so I thought; what better way to spice up a date night than with a few potentially lethal weapons and some healthy competition? 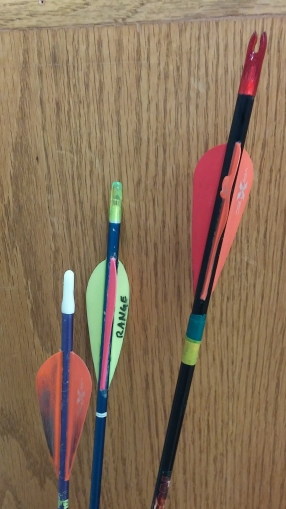 Next Step Archery is the real deal and they take their job of teaching you proper archery skills pretty seriously.  Walking in, I had a bit of a leg up on Edgar due to my long ago camp days where I had rained as archery queen but even so I gained a few pointers on basic posture and bow selection.  Our class lasted about an hour and when we eventually sauntered out, I left with 3 bullseye shots and a new-found sense of gloating; Edgar hadn’t gotten a single bullseye.

Puffed up with my date night victory win and feeling like I could survive in the remote Alaskan wilderness with only my trusty bow by my side; we vowed to sign up for more lessons and perfect our ass-kicking skills.  After all, it’s not everyday one gets to relieve a childhood fantasy and knock a husband’s ego down a notch or two.  Two birds with one arrow; now that’s a superhero move.